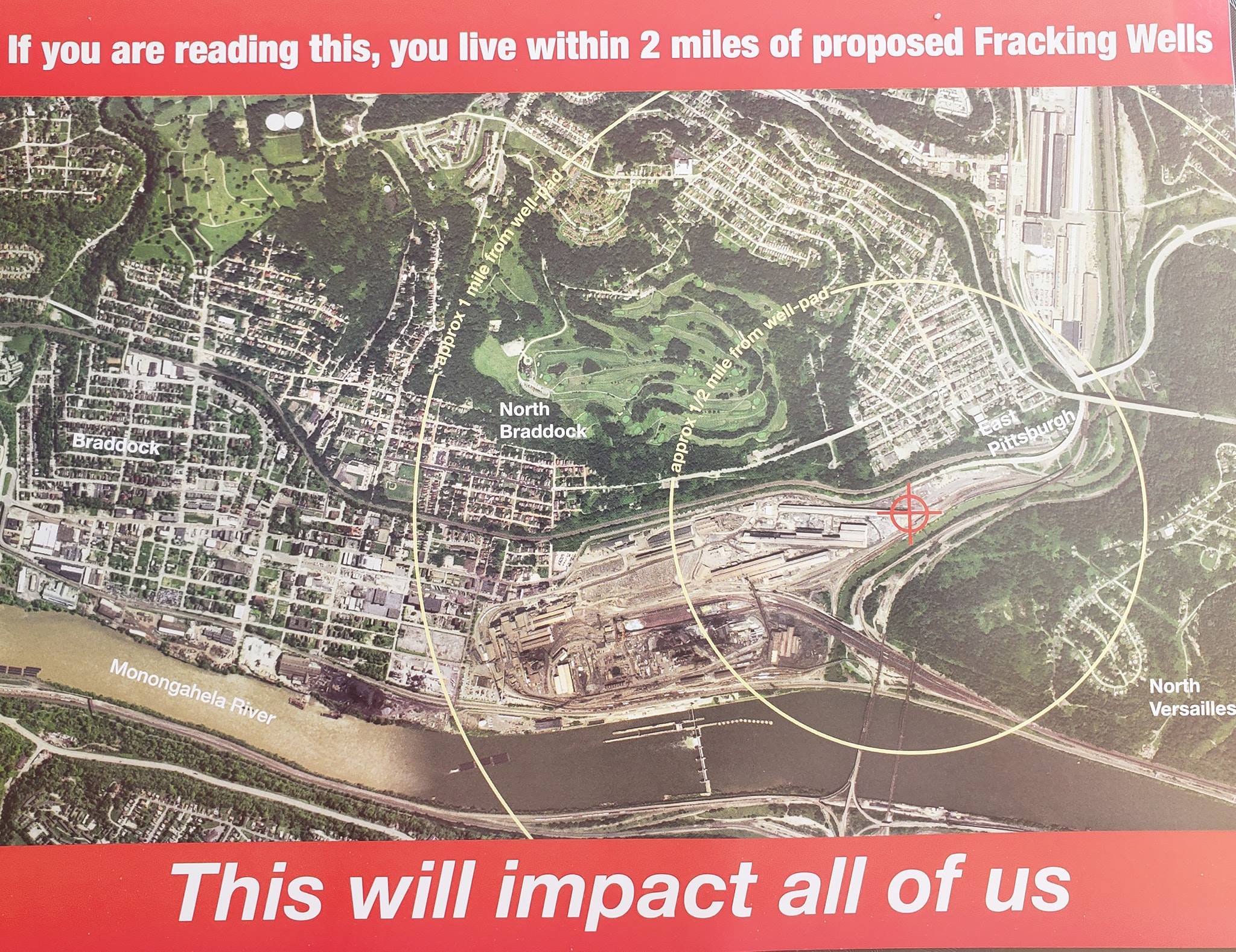 Merrion Oil and Gas Corporation announced their plans for a new gas drill near the Edgar Thomson Steel Mill in November of 2017. It was the first proposed gas well in Pennsylvania by Merrion, who’s headquarters are in New Mexico, and their first shale gas well, an unconventional form of fracking compared to the more standard gas wells that harvest gas from materials like limestone or sand.

The proposal proved immediately unpopular among Braddock residents, who were already disproportionately impacted by environmental pollution from the steel mills production, and feared for the environmental impacts a new gas well would cause. Many residents worried about the potential air emissions that could result from a new gas well, especially noting that fracking opperations are exempt from air quality permits. North Braddock Residents for Our Future mobilized immediately and began campaigning in city council meetings and online to stop the wells construction.