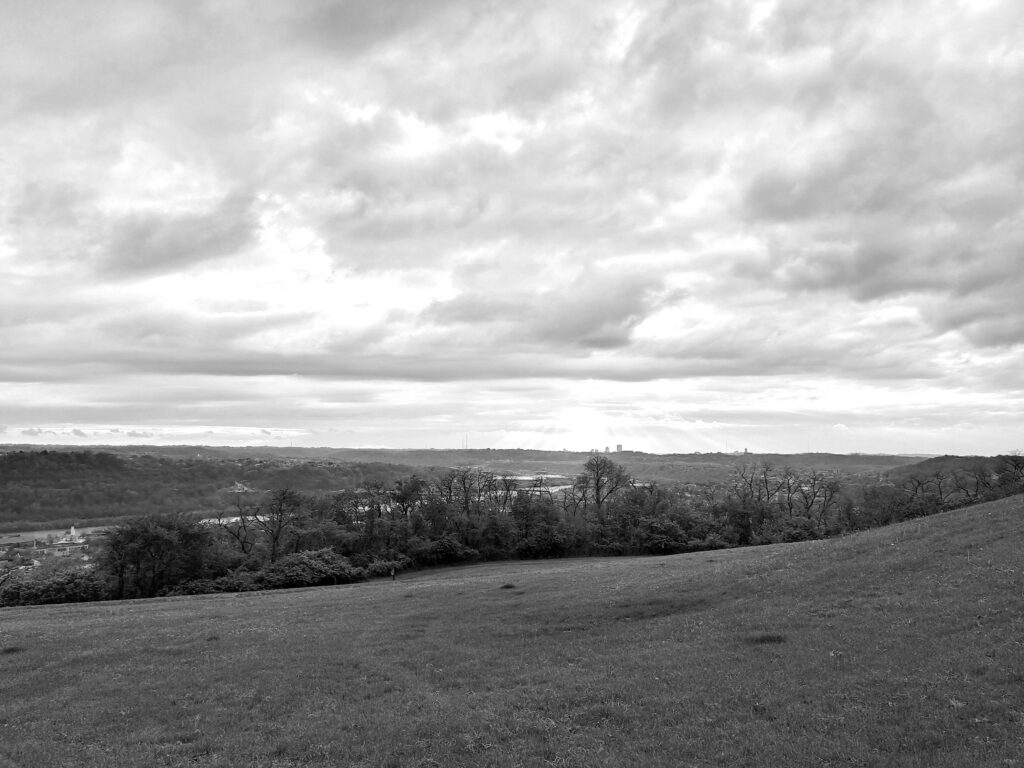 In April 2014 residents of North Braddock received a letter from MPF Management LLC, a Pennsylvania based company specializing in the purchase and management of oil, gas and mineral rights. The purpose of the letter was to “accumulate leases” on behalf of an unnamed oil and gas exploration and development company seeking to establish a drilling rig on the Grandview Golf Course in North Braddock. With the support of Bob Beam, an owner of the golf course, the driller was targeting landowners with properties in the vicinity. The letter stated that if enough landowners agreed to lease their properties for subsurface horizontal drilling, and a “market for the gas (was) secured”, the driller would be able to “develop this unique and unconventional project.”

Unconventional or horizontal drilling for gas in the Marcellus Shale region, through the process of hydraulic fracturing or fracking, was seen by some as an “economic savior” during the 2000s economic crises. Indeed, it was the prospect of potential financial gains that attracted Beam and at least some local residents to the project. The Borough of North Braddock, like many industrial communities around the region, has suffered from continuing economic and demographic decline since the collapse of the steel industry. For North Braddock residents the hundreds of abandoned and blighted properties in the borough are visible and painful reminders of this decline. Securing investment for tearing down these unsafe structures had been a long time issue, amidst other financial woes in a community with a relatively small tax base. And the MPF proposal, at least on the face of it, offered some respite to the distressed community, while Beam sought to assure residents that drilling would only happen in the winter months allowing the golf course to remain open in the spring and summer. 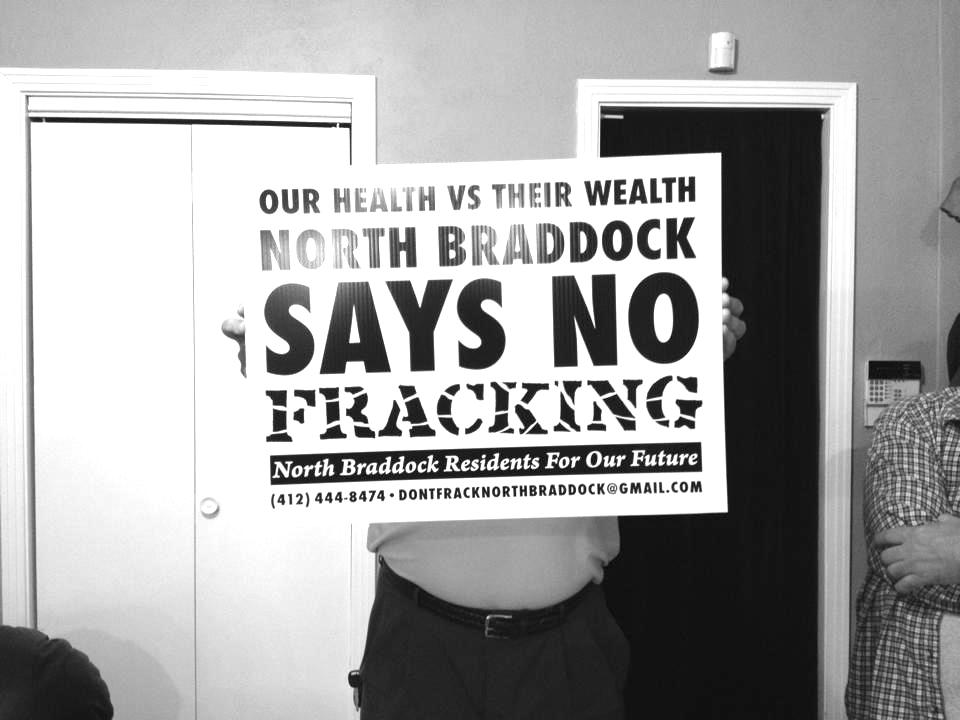 However, many residents of North Braddock expressed strong opposition and concerns about the environmental and health impacts of fracking within the residential community.

The environmental harms associated with hydraulic fracturing are well known. These include the contamination of ground and surface water sources. Chemicals used during the fracking process, including arsenic, benzene, cadmium, lead, formaldehyde, chlorine, and mercury, are associated with developmental or reproductive harms. Humans may be exposed to these chemicals by drinking contaminated water sources, through direct skin contact, or by breathing in vapors from flowback fluids. Fracking sites are known to adversely affect air quality, causing severe headaches, asthma symptoms, and other health problems. Fracking also increases the risk of induced seismic events, depletion of freshwater sources, and noise pollution, as well as a range of workplace harms.

The environmental harms resulting from drilling operations at the Grandview golf course would have added to the existing forms of environmental toxicity that North Braddock and its surrounding communities have faced as a result of the ongoing operations at the US Steel Edgar Thomson Steel Works — which has been listed as one of the most toxic air polluters in Allegheny County. 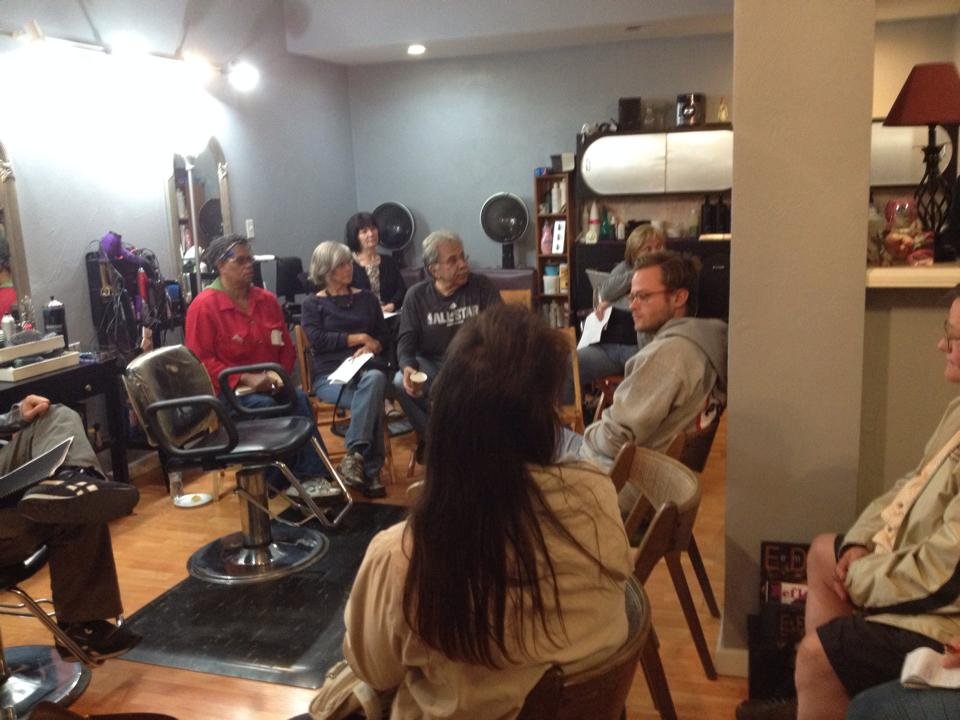 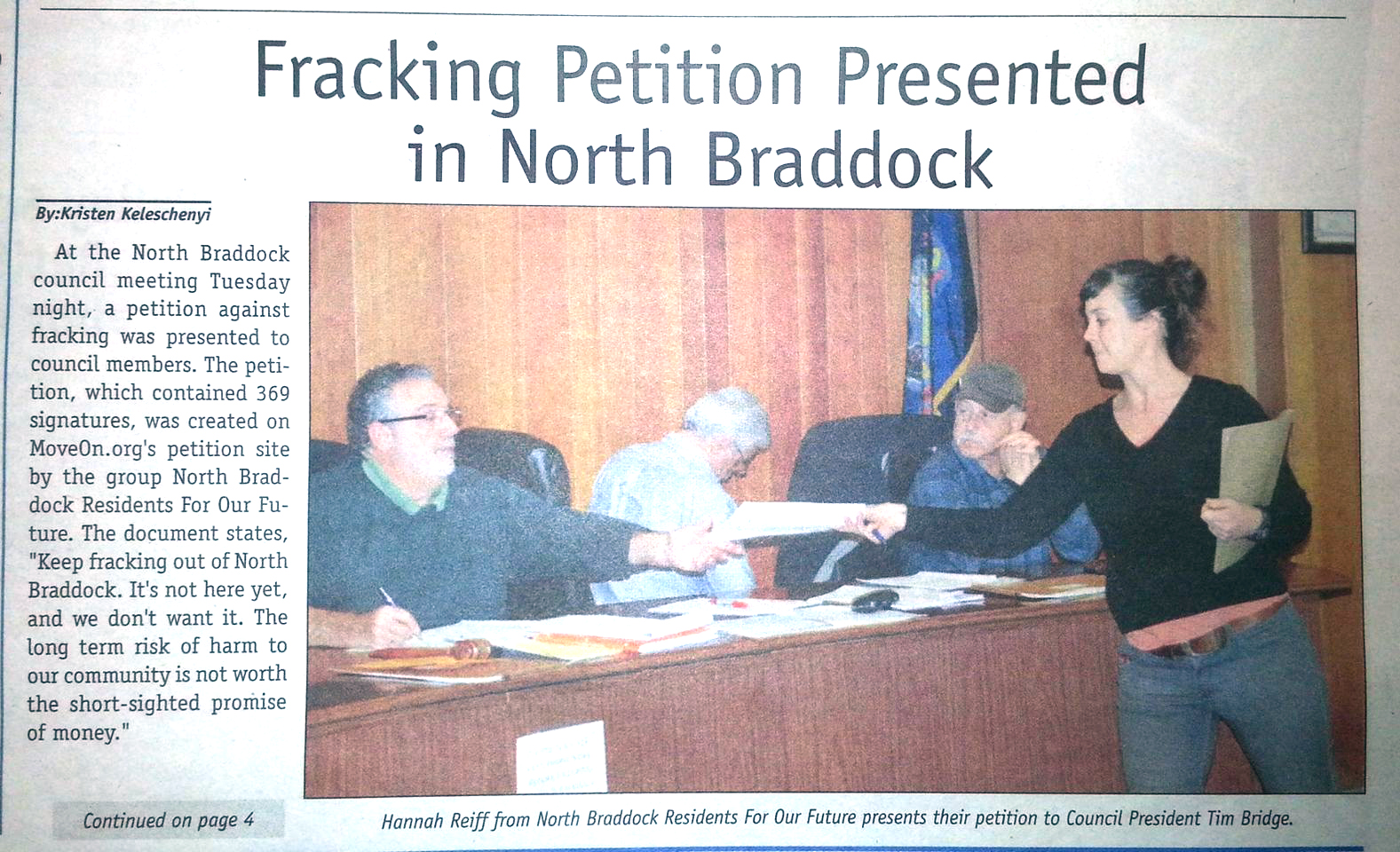 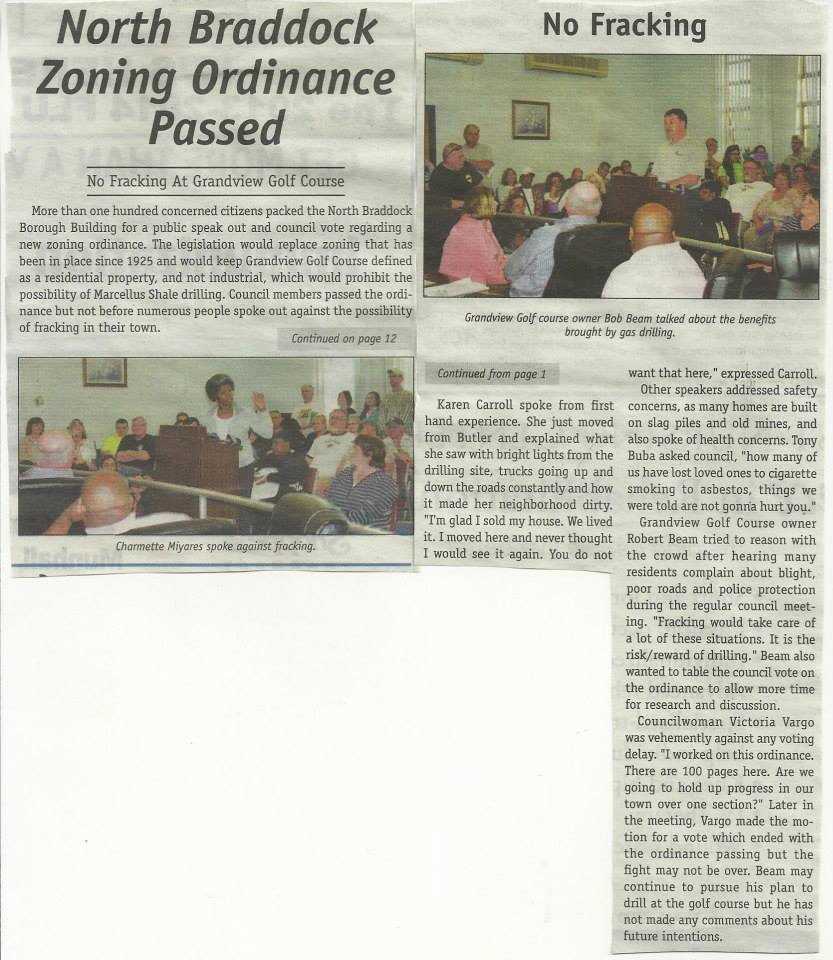