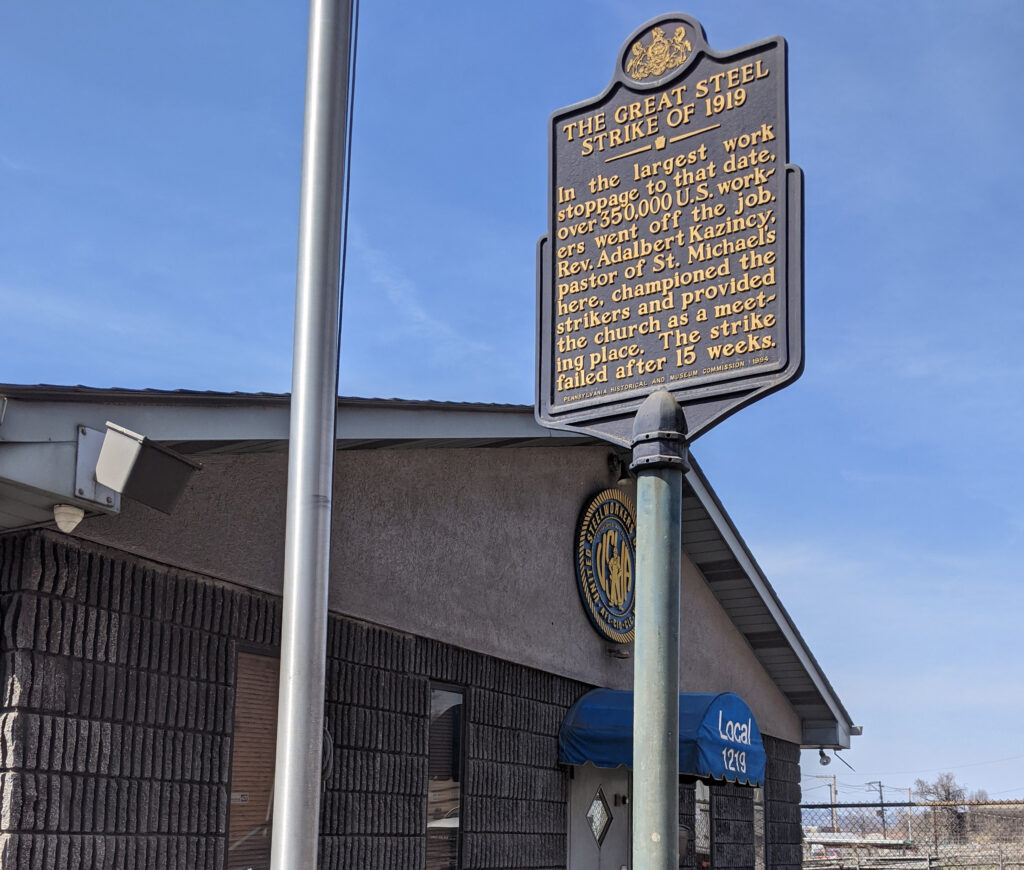 The Great Steel Strike of 1919 historical marker, outside of the United Steelworkers Local 1219 in Braddock, Pennsylvania.

World War I proved to be a booming time for Pittsburgh steel workers, and workers worldwide, but this prosperity would not last. During the war the federal government recognized the right for workers to organize into trade unions. Unfortunately, the major steel conglomerate in Braddock, US Steel, was explicitely antiunion, and many workers faced difficulties surviving on their wages they earned at the steel mills. When the United States Steel Corporation refused to negotiate with the labor unions on raising wages and improving working conditions, over 350,000 workers went on strike across the United States in the summer of 1919.

The steel strike succeeded in fully stopping production in some steel facilities around Pittsburgh, while production at US Steel mills in Braddock and Homestead was only partially stopped. The strikes lasted until January of 1920, the strike was called off and everyone was asked to return to work.

In front of the office of the United Steelworkers Local 1219 in Braddock, Pennsylvania, there is a historical marker of 1919 The Great Steel Strike. Rev. Adalbert Kazincy, the pastor of St. Michael’s Parish, stood with the union, took care of the union workers’ families, and provided the church as a meeting place.