1755 - The Battle of the Monongahela or “Braddock’s Defeat” 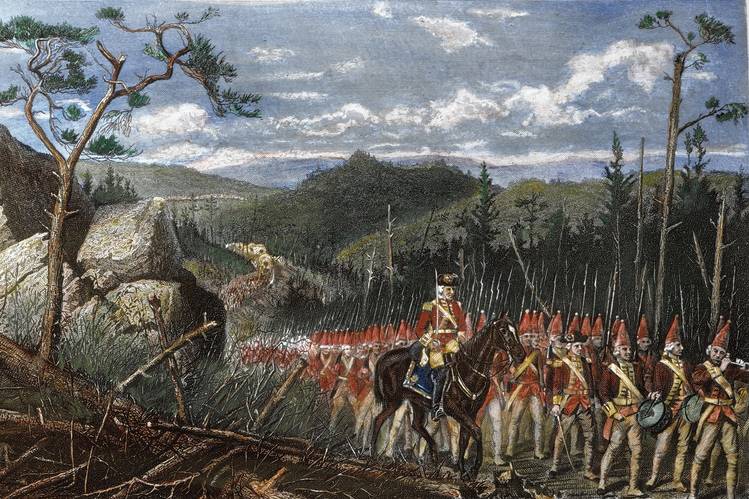 Painting of the Battle of Monongahela. Source: Heinz History Center

In 1754, the French and British were both scrambling to control the Ohio River Valley. That same year, the French set up a series of forts throughout western Pennsylvania, including Fort Duquesne, where modern day Pittsburgh is located. British General Edward Braddock was tasked with capturing the three French strongholds. Braddock marched west, bringing with him an army of British soldiers, Native American allies, and American troops, but his campaign was weakened by his alienation of Native American allies.

On July 9, 1755, their campaign to recapture the French forts ended in defeat, with a group of French allied Native American warriors and French troops defeated Braddock and his forces, killing him in the process. While the Battle of Monongahela represents a battlefield failure for the British Army, it provided a young George Washington, who was only 22 years old at the time, a chance to gain valuable military leadership experience that undoubtedly helped him in his military future. These events were part of the larger French and Indian War which in turn was a part of the Seven-Years War between Britain and France.