1886 - The American Federation of Labor founded 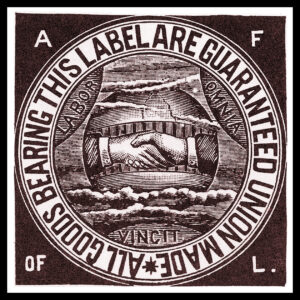 In 1886, Samuel Gompers met with the leaders of multiple other craft unions to form the American Federation of Labor. Gompers understood that the issues workers cared about were so called “bread and butter” issues, or issues that are important to most people because they impact them personally, like higher wages and better working conditions. Gompers understood that where other unions had failed the AFL could succeed by focusing specifically on these bread and butter issues, which appeal to all workers and unite the labor class.

Initially the American Federation of Labor only allowed skilled workers to join the organization, forming an organization of small trade unions grouped together, like the hat makers union or the masons’ union. This was because Gompers felt that the organization would have more political and economic power if it remained restricted to skilled labor only. The formation of the AFL marked a massive step towards unionizing in the United States, and became one of the largest unions until unskilled workers began to organize during the Great Depression.