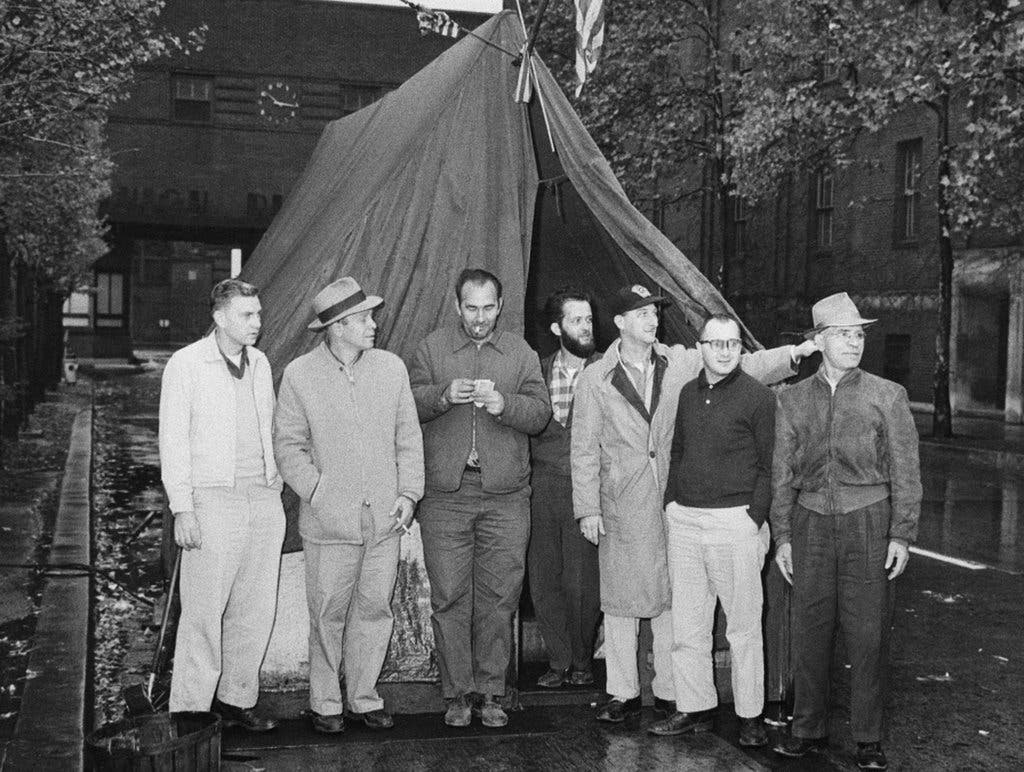 In 1959 there was a nationwide steel strike, with these strikers outside Bethlehem Steel on Nov. 7, 1959. Source: The New York Times

On July 15, 1959, 500,000 workers nationwide walked off the job and brought steel production to a halt in Braddock. This was the largest labor disruption in steel history, until the steel strike of 1986. It involved all members of the United Steelworkers of America Union, who walked off the job over a contract issue and remained on strike for 116 days. While the union was eventually successful in winning some wage increases and retaining the contract clause that triggered the strike in the first place, the strike ultimately resulted in an increase on the importation of foreign steel, which ultimately replaced the domestic steel market.

As a town primarily focused on steel production, residents of Braddock were deeply effected by the strike, as many families lost their primary source of income for nearly four months. The strike was ended when President Dwight D. Eisenhower invoked the Taft Harley Act on October 20th, which forced workers to return to work.