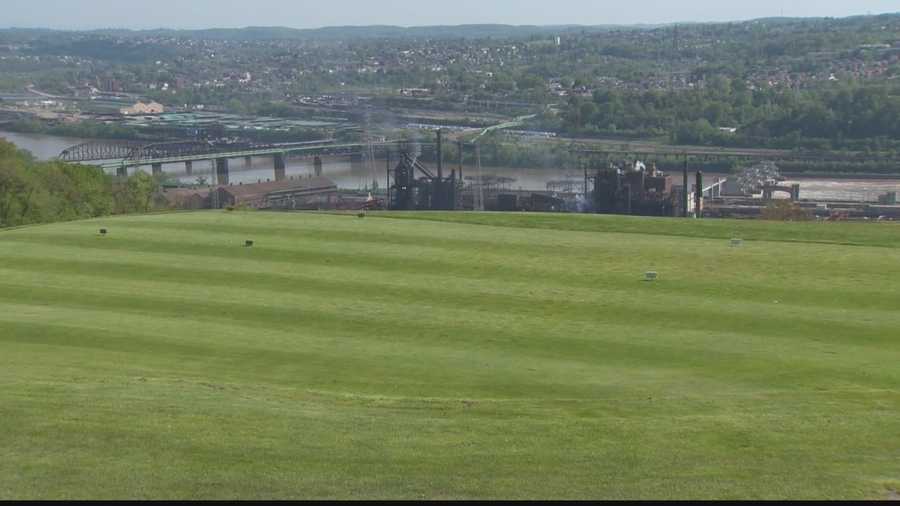 A view from the Grand View Golf Course to the Edgar Thomson Plant below, a precursor to the golf course’s potential future, Source: Pittsburgh Action 4

In 2014 the company behind the Grand View Golf Club drilling project sent many North Braddock residents a letter with a leasing proposal for their property to drill for gas. In response to the lease letters, North Braddock Residents for Our Future – a coalition of residents of North Braddock and surrounding boroughs as well as environmental experts – was formed to campaign against unconventional drilling and stop the proposed fracking in the community. NBRFOF felt drilling on the golf course posed extreme health and environmental consequences in an already industrialized area.