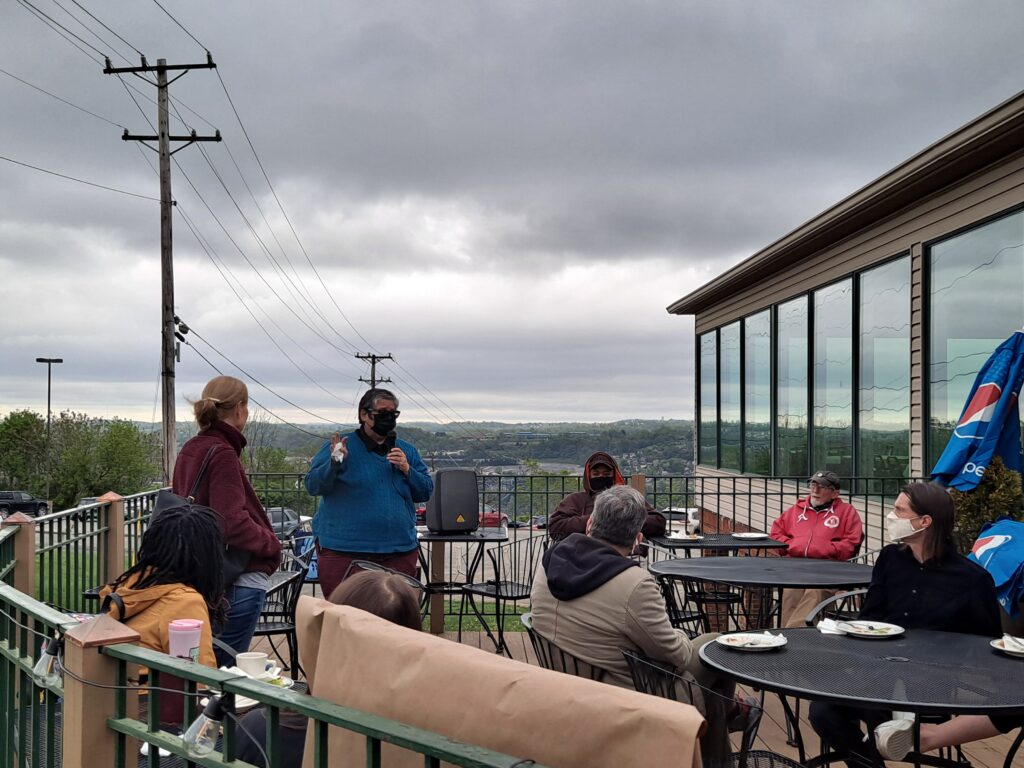 NBRFOF organizer Edith Abeyta speaks to other NBRFOF members and supporters during a celebration party at the Grand View Golf Course on May 5, 2021. Source: Takumi Davis

US Steel ended their controversial agreement to begin fracking at the Edgar Thompson site with Merrion Gas Corp on April 23, 2021. North Braddock Residents for Our Future had been fighting the Merrion Gas fracking project since they first learned of the plan in 2017, and this marked a major moment of success. US Steel announced that they have no future plans to pursue fracking at the site, and credited community action and neighborhood input as a factor in bringing them to the decision. This landmark decision highlights the years of community action that led to this success, and shows the power of collective action and community engagement in North Braddock.