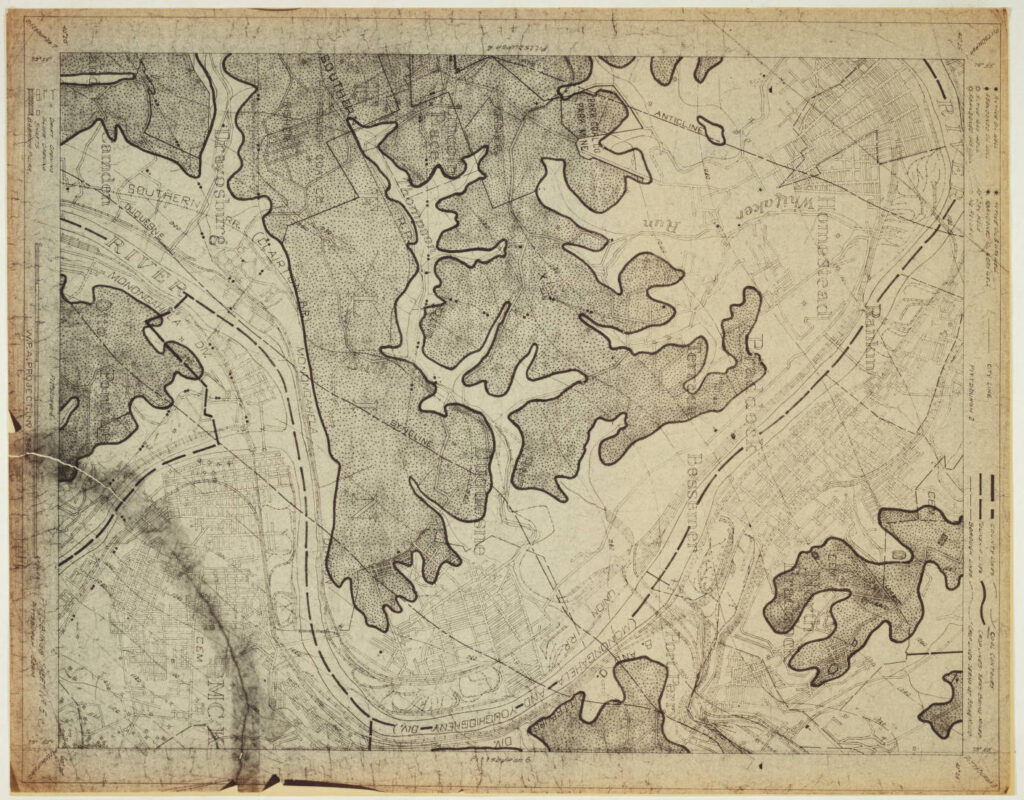 While the first coal mine in the Pittsburgh region began supplying coal to the occupants of Fort Pitt in 1758, it wasn’t until 1835 that the first bituminous coal mine in the North Braddock area was opened, near what would later become Sixth Street. By 1830 Pittsburgh and it’s surrounding boroughs were powered entirely through coal, which led to an increase in demand for coal production.
The opening of this mine and many other mines in the greater Pittsburgh region was part of a regional capitalization on the Pittsburgh coal seam that led to the development of the Pennsylvania coal industry during the 18th, 19th, and 20th centuries. The coal seam is the thickest coal bed in the Appalachian Basin, and has been extensively mined since 1760, spanning Pennsylvania, Maryland, West Virginia, and Ohio. While Braddock was focused on coal mining for a short time, the borough ultimately refocused it’s industry on steel production instead. This is due to the topography of Braddock. With the land cut into multiple small sections naturally, it isn’t friendly to coal mining. To learn more about Pennsylvania’s coal mining history and the Pittsburgh coal seam, go here.