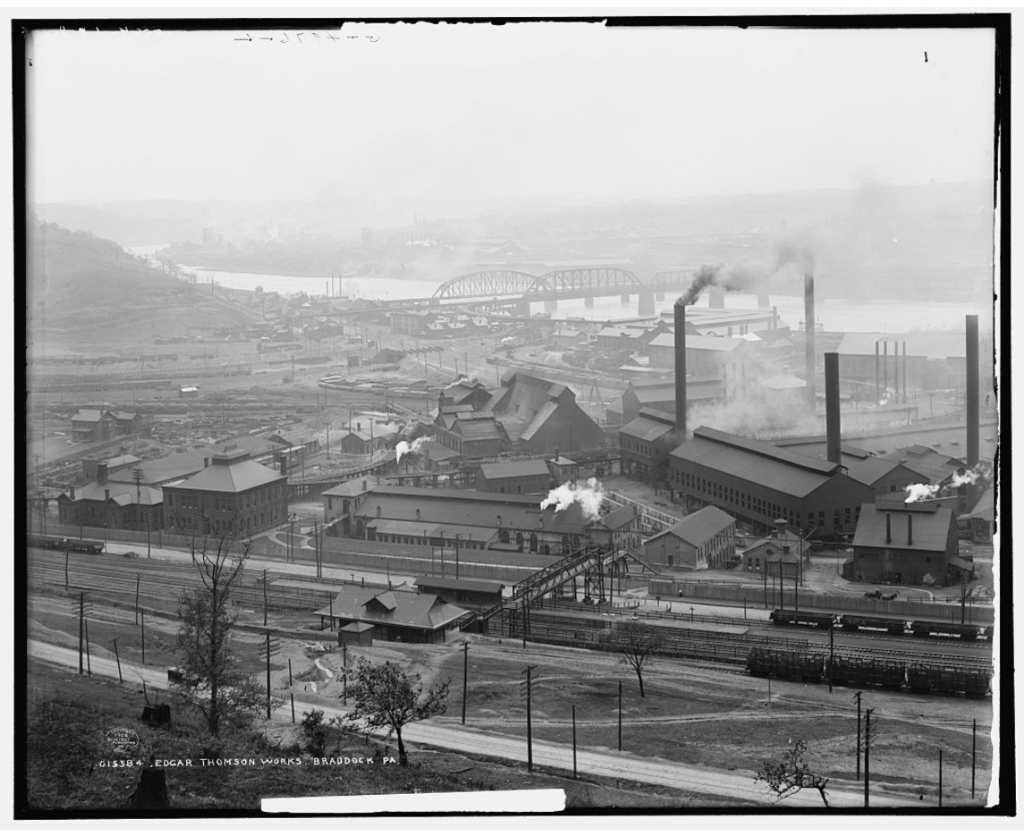 The Edgar Thomson Steel Works was the first of many steel mills established in the Pittsburgh region by Andrew Carnegie. It was named after the president of the Pennsylvania Railroad Company, John Edgar Thompson. The steel works was established on a site along the Monongahela River in Braddock, about 10 miles southeast of Pittsburgh, in a location that was ideally situated to take advantage of nearby coal fields in Connellsville as well as rail and river transport.

The land was initially purchased by Carnegie after he learned about the brand new Bessemer process on a trip abroad, which was a new inexpensive way to produce steel that utilized pig iron. The steel works was one of the first in the country to utilize this process. Carnegie returned from his trip and involved several local investors in it’s construction, forming Carnegie McCandless and Company to fund and construct the plant.