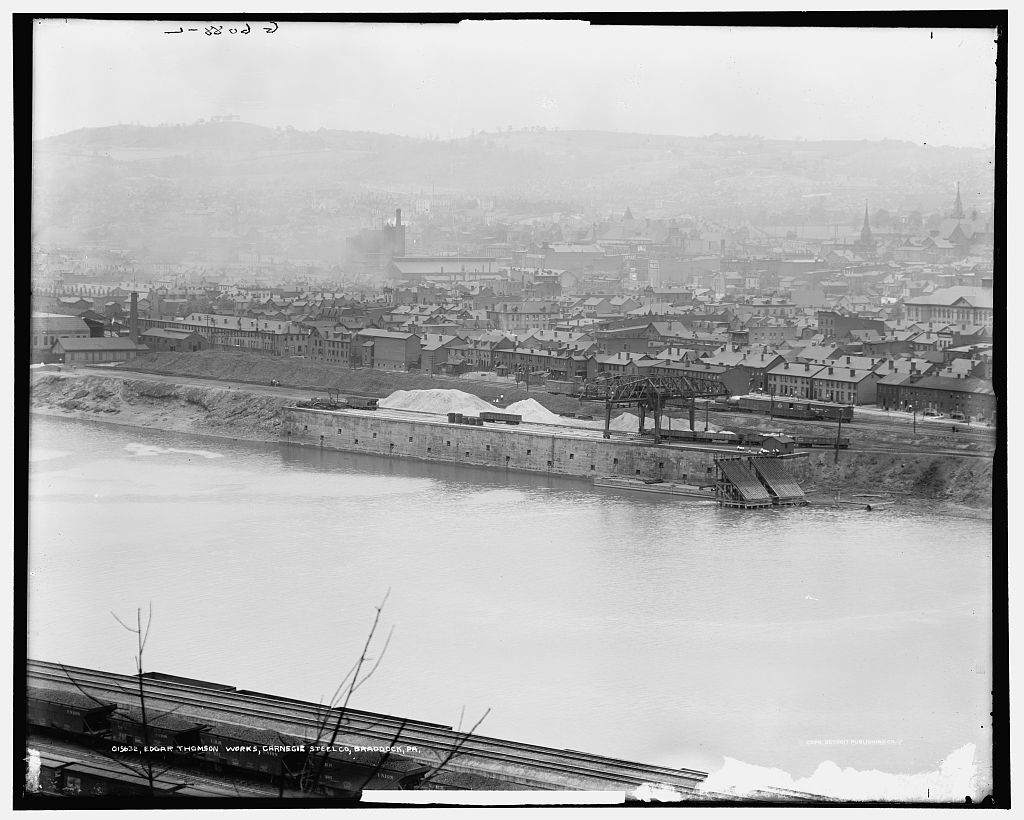 In 1901, Andrew Carnegie retired and sold his entire Carnegie Steel Company to the JP Morgan subsidary US Steel for 480 million dollars. This sale included the Edgar Thompson Steel Works in Braddock as well as fifteen other steel facilities throughout Allegheny county, including the Carrie Furnaces. Carnegie’s sale transferred ownership of the majority of steel industry in Pittsburgh to US Steel, and made Carnegie one of the richest men in history.