2009 - Campaign to Save Braddock Hospital 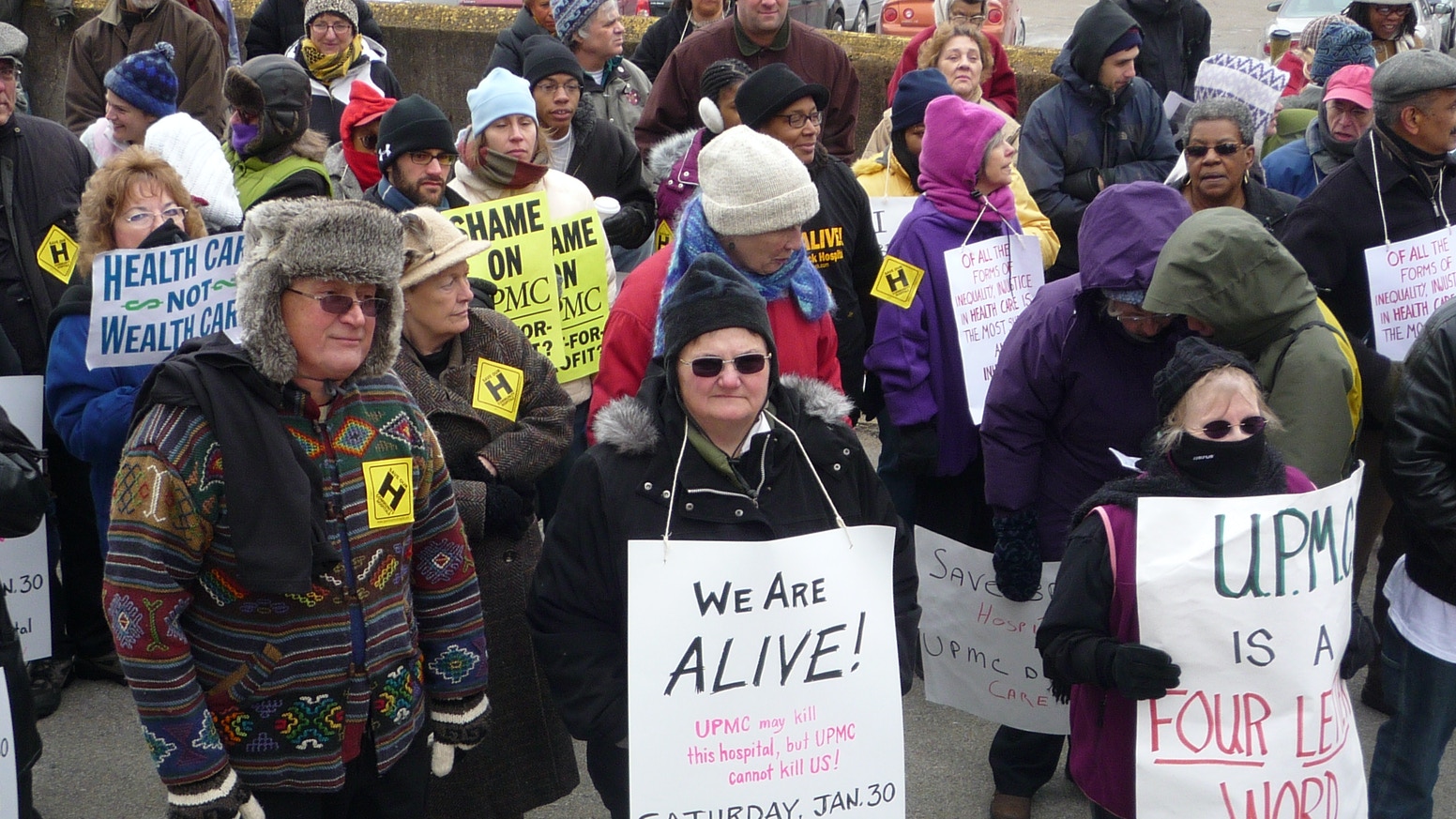 Protesters at UPMC Braddock fighting for its preservation, Photograph by Tony Buba

UPMC announced in October of 2009 that it would be closing the doors of Braddock Hospital by the end of the following January, claiming a decline in patient admissions and increasing debt as their primary motivators.

For residents and hospital employees, this came as a shocking blow to their community hub. Braddock Hospital served as the only nearby medical facility in Braddock, providing care to the elderly population nearby, as well as community members without adequate transportation to reach other facilities. While UPMC promised to reassign all employees to other UPMC hospitals, many employees feared that they would be left with long commutes, or reassigned to another struggling hospital that might soon close. In closing the hospital, UPMC forced members of the community to travel long distances for outpatient services like lab work, and x rays, and left employees with decreased job security. Learn more here.