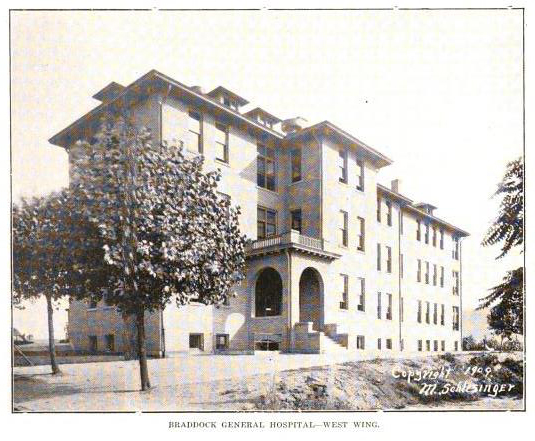 Braddock General Hospital prior to renovations, Source: The Unwritten History of Braddock’s Field

By 1913 the 70 bed Braddock hospital was far beyond it’s capacity for patient care, with overcrowding within the wards and extensive waitlists for admission. To remedy this the hospital board proposed a “Whirlwind Campaign” to raise as much funding as possible for a new wing in just one week.

This campaign was staged by a small group of workers from the Edgar Thompson Steel Works, who organized and were able to raise over 68,000 dollars. Despite this astonishing fundraiser, the hospital was still deeply in debt from their last expansion, and estimates placed the new addition’s cost at over 90,000 dollars. Despite the knowledge that further additions would place the already indebted hospital further into debt, the board moved forward with the new addition, and the second wing of the hospital was opened on April 19, 1917. To learn more about Braddock General Hospital, check page 230 in this book.