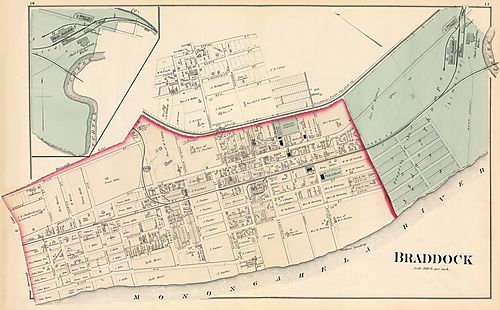 As a result of the settlement meeting a sufficient population benchmark, Braddock was incorporated as an official borough on June 8, 1867. Just three years later, the first official census of Braddock recorded that there were 1,290 residents living within the borough boundaries. This steady population growth would be the catalyst for the heavy industry that would later become the livelihoods of Braddockers for generations. To learn more about Braddock’s incorporation go here.