Braddock on the Mon 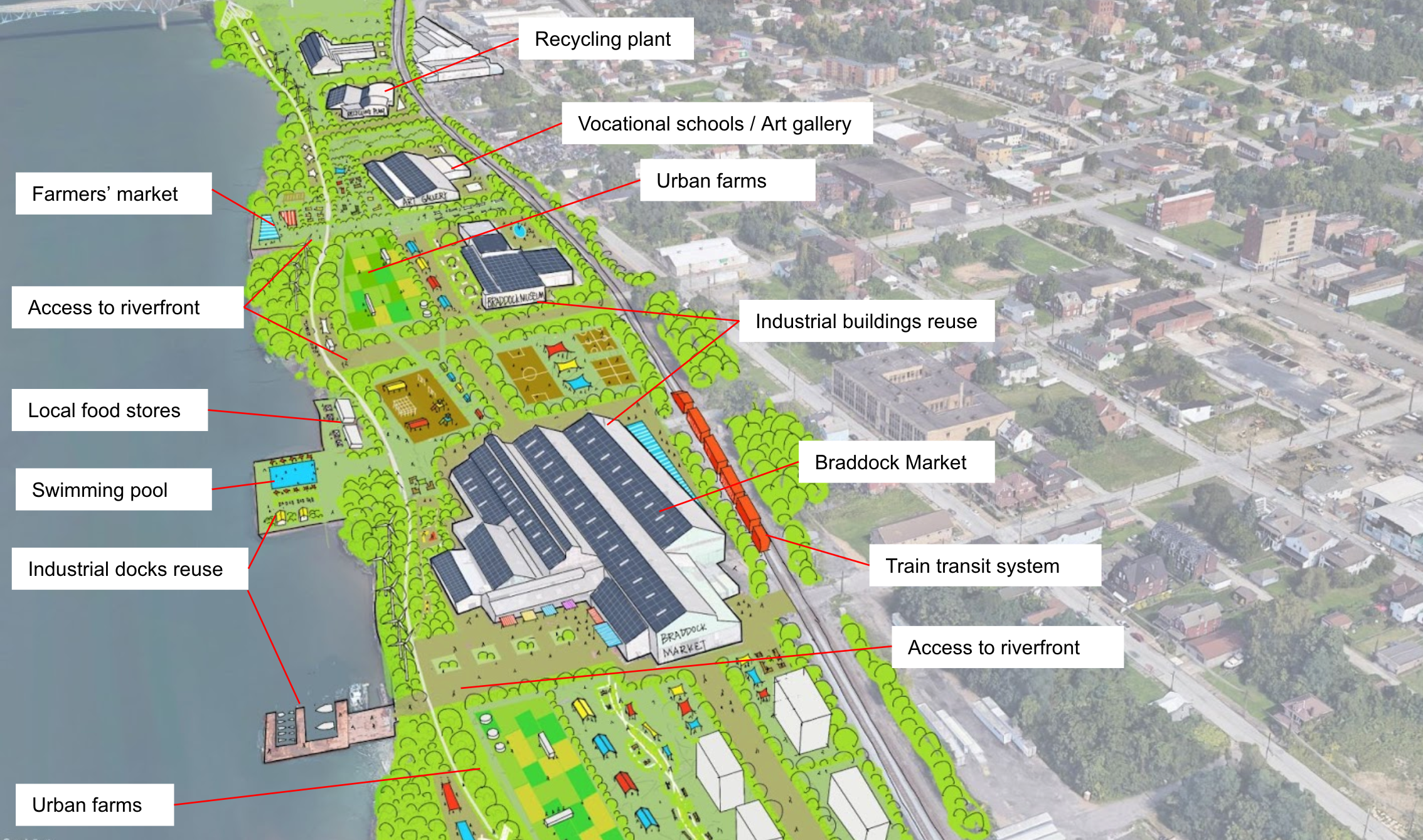 “The River is a big deal. From Braddock to downtown Pittsburgh there’s no obstruction, there aren’t any locks, we talked about water taxis (…). The river was not a desirable place, except for those who fished, but there was never really any focus on riverfront development. The river makes [Braddock] unique.” – Lisa Franklin-Robinson, NBRFOF member and Braddock resident

The Braddock waterfront has been a working industrial waterfront for over a hundred years. Even after the decline of the steel and coke industry in the Monongahela Valley, US Steel and the Braddock riverfront remain industrialized. This proposal reimagines the riverfront in a post-industrialized future where the river is publicly accessed and a true asset for Braddock and North Braddock. We propose that the desires of the community should be a priority for rethinking the waterfront. Partnering with local groups and organizations that focus on local stewardship would be the focus, co-creating with the community, for the community has the power to create a resilient waterfront that puts the agency back in the hands of the community.